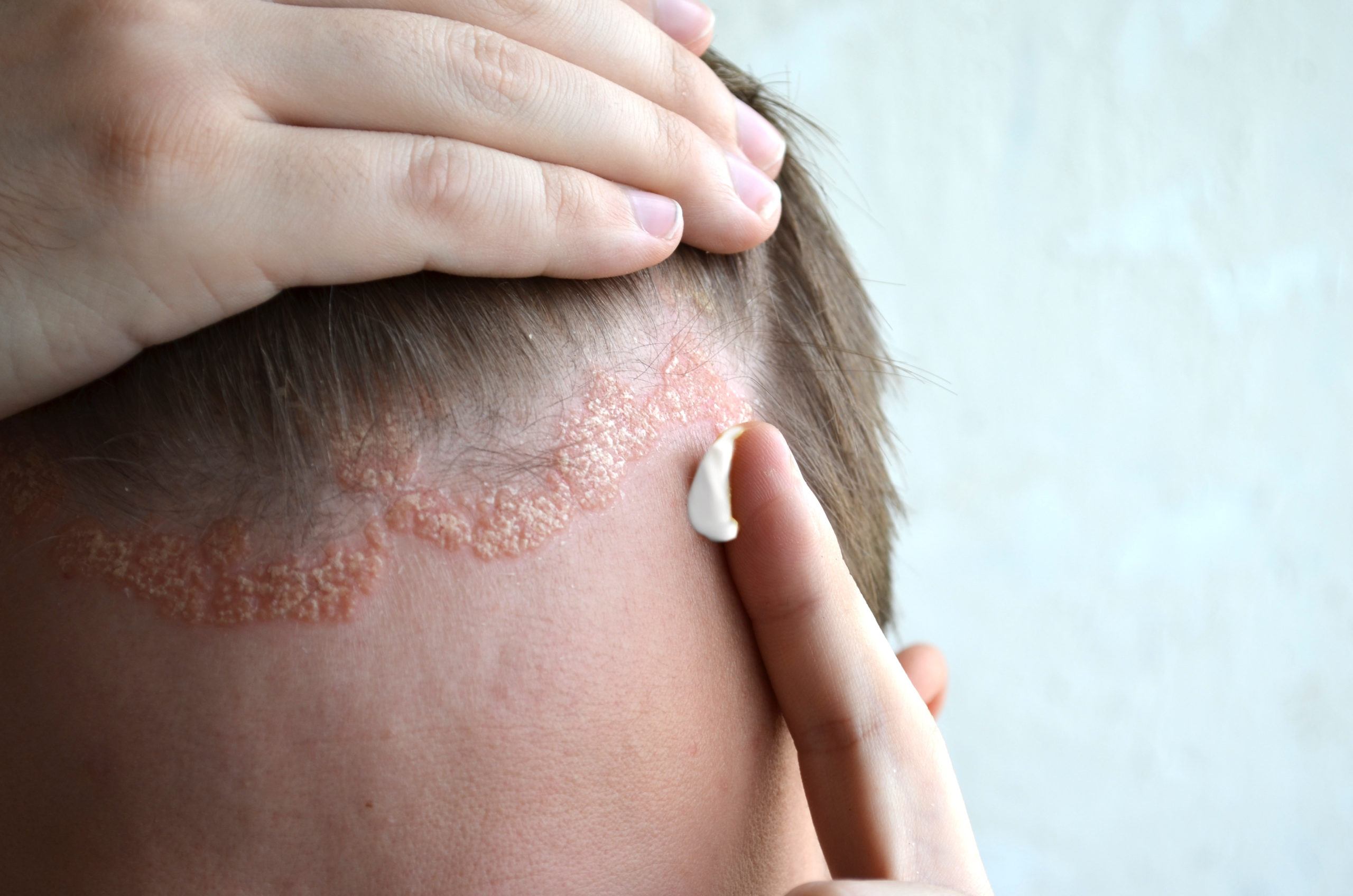 How to treat scalp psoriasis naturally at home

Psoriasis is a common and unfortunate disease whereby the body’s immune system sends false signals that causes skin cells to pile up too quickly. This creates raised patches of skin that have silvery scales, surrounded by red inflammation.

This skin disease can happen anywhere on the body, including around joints (elbows, knees). Scalp psoriasis is typically the most bothersome because it is very obvious which can cause low self-esteem.

Although this isn’t a cure for it, there are effective treatments to manage flare-ups and reduce the symptoms.

What is scalp psoriasis?

Our skin is only a few millimetres thick but it’s our largest organ – with a surface area of 1.5 to 2 metres. One of its main aims is to protect the body from harmful external factors including bacteria, harsh weather and moisture.

The outer layer of skin (called the epidermis) is the visible layer which comprises hardened keratinocytes that are packed closely together. The body continuously produces new skin cells which pushes other ones to the surface.

The process of renewing skin typically takes about 4 weeks from when new cells are made in the lower epidermis layer to when they become the surface layer.

However, for people with Psoriasis, this process is substantially faster. In this case, it only takes a few days for skin cells to renew compared to the usual 4 weeks.

Psoriasis is an immune condition that causes a build-up of raised ‘plaques’ on the skin’s surface. The rapid cell production causes an accumulation of skin cells that cause these raised areas because the skin is being produced at a faster rate than it comes off.

Therefore, raised patches of red, flaky, scaly skin appear, which can be anywhere on the body. Scalp psoriasis looks similar to severe dandruff, however, it’s accompanied by inflammation, itchiness and usually forms in patches.

What causes psoriasis on the scalp?

Scalp psoriasis is caused by an overproduction of skin cells but the person’s immune system targets the scalp. Other forms of this skin condition can occur on other areas of the body alongside scalp psoriasis.

These flakes can occur along the hairline, on the forehead, around the neck, behind the ears or everywhere across the scalp. When symptoms occur, it’s initially unclear whether the flaky skin is caused by dandruff or this medical condition.

The main way to tell the difference is that psoriasis is long-lasting whereas dandruff comes and goes. Also, dandruff usually isn’t as severe and persistent as this skin disease.

What are the symptoms?

Recognising early signs of scalp psoriasis is important, even if you have never had any signs of this condition before. Different sized scaly red patches will develop on the scalp.

They may be either silvery/ white or red in colour on light skin tones, whereas the skin can look darker, raised and flaky on dark skin tones. In more severe cases, additional symptoms also develop. These include:

As the skin sheds, or when you scratch your scalp, you will notice dead skin on your clothing (especially on your shoulders).

This is common with dandruff, however, with scalp psoriasis, it’s much more severe. Also, patients tend to shed larger flakes than people with dandruff.

Hair loss can be another indication of this condition. In most cases, the hair loss is considered temporary, and you will be able to reverse it if appropriate treatment is initiated.

Some people find that the symptoms spread to other areas of the head. The scalp psoriasis symptoms may also start to affect the forehead, neck, and ears.

Some patients with severe cases sometimes experience hair thinning. With scalp psoriasis, thinning hair is usually temporary as a result of a build-up of dead skin cells affecting the hair follicles.

Excessive scratching also causes hair to fall out. Therefore, when combing or brushing hair it’s always important to be gentle in order to avoid scratching the scalp.

Which over the counter cream is the best for psoriasis?

Unfortunately, psoriasis isn’t curable but there are numerous ways to treat it. Like many other skin concerns, the method of treatment is very individual.

One method of treatment might work for one person but it might not work for another. Thus, most patients have to go through a “trial and error” process before they find the best treatment for their psoriasis. Some patients choose topical steroids, while others prefer natural alternatives.

Topical creams, oils, gels and ointments treat Psoriasis, including scalp psoriasis. Different active ingredients work for different people, however, others get on better with products that are rich in moisture but don’t contain active ingredients. We also recommend shampoo products designed to combat flaky skin treat this skin disease.

What can I wash my hair with if I have psoriasis?

There are daily scalp shampoos and lotions that can be used by patients with scalp psoriasis such as Neutrogena T/Gel (shampoo with 4% coal tar solution), Capasal (shampoo with 1% coal tar, 1% coconut oil, 0.5% salicylic acid), and Psoriderm lotion (scalp lotion with 2.5% coal tar).

How do you get rid of psoriasis on the scalp naturally?

Scalp psoriasis is usually treated with natural home remedies or over the counter products containing active ingredients. As mentioned previously, it is important to note that no cure exists for psoriasis. However, there are many ways to manage the skin disorder – many of which are affordable home treatments.

As advised by the Psoriasis Association, patients with psoriasis start with topical products, including moisturisers and emollients with active ingredients.

Both coconut oil and tea tree oil have anti-inflammatory and anti-bacterial properties and can greatly relieve itching and rash and moisturise the skin.

Aloe vera is one of the best moisturisers for the scalp. Not only is it rich in moisture, but it also soothes irritation and burning sensations of the skin. Keeping the scalp lubricated is ideal for psoriasis as it helps to improve the symptoms and reduces flaking. Mix coconut with aloe vera gel for enhanced moisture and to lock in the benefits for longer.

This plant hormone is historically derived from willow bark where it medicated the plants defense system against pathogens. Due to its ability to exfoliate the skin, salicylic acid, the active component of aspirin, can be a useful remedy not only for pain but also for scalp psoriasis. Hence, it’s found in anti-dandruff shampoo.

Scalp psoriasis is an uncomfortable skin disorder. The condition affects the skin on an individual’s scalp, leading to raised, scaly patches.

The disease can affect the entire scalp, which causes significant irritation. There are effective ways to treat scalp psoriasis which reduce the appearance of the condition.

However, there is no cure. Therefore, using products that reduce the symptoms is the best treatment for this skin concern. 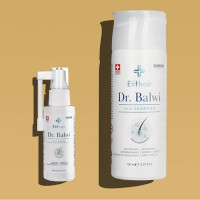 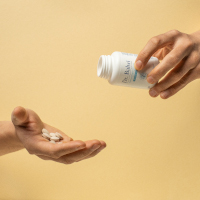