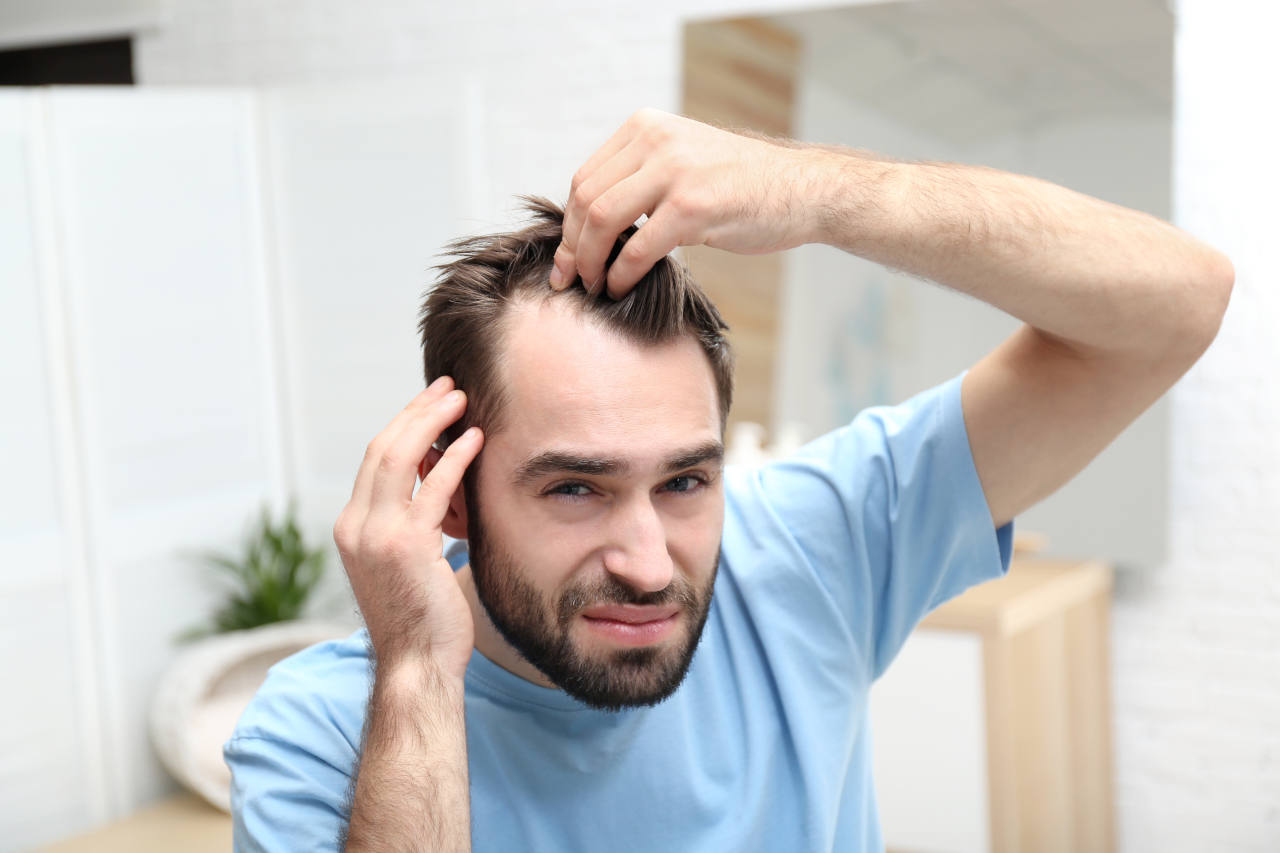 What is DHT hair loss?

What is DHT and does it cause hair loss?

“Your body produces DHT as a by-product of testosterone through the 5a-Reductase enzyme – an enzyme that converts a certain percentage of your testosterone into DHT in tissue such as the skin, liver, prostate and hair follicles.”

Short for dihydrotestosterone, DHT is an androgen deriving from testosterone. Testosterone converts to DHT with the assistance of 5-alpha reductase.

DHT then dominates and causes both hair thinning and hair loss. Though oestrogen levels gradually decrease as we age, an increased level of testosterone can also be hereditary.

In normal amounts, DHT can be great for the hair, nourishing the hair proteins and stimulating the natural growth cycle.

Higher amounts of DHT in the blood flow, on the other hand, miniaturises hair follicles by binding receptors and preventing future hair growth.

In some cases, lifestyle factors such as poor diet and lack of nutrition cause androgenetic alopecia. In others, DHT hair loss is a result of hereditary and genetic conditions.

What’s more, our genes dictate scalp sensitivity to DHT. In this case, even normal levels of DHT can cause hair loss or stunted growth.

By nature, men typically have higher levels of testosterone than women and so have a greater risk of experiencing hair loss at a younger age.

The side effects of a DHT imbalance cause multiple side effects. The most prominent of which is that the hair follicles become defunct and are no longer able to grow hair.

Some women experience significant hair growth during pregnancy due to increased oestrogen levels which accelerate and prolong the hair growth phase. Experiencing hair loss post-pregnancy is completely normal as hormones return to their normal levels.

Other women, on the other hand, have noticed increased hair loss during pregnancy. This is thought to be a result of a decrease in oestrogen which may result from:

Hair loss during pregnancy can also be a result of other stressors such as shock, stress, illnesses, deficiencies, poor diets and lack of nutrients.

To boost your immune system for healthy hair, implement a healthy, nutritional diet. If you start to lose more hair than usual, it is best to seek medical advice, diagnosis or treatment.

Does menopause cause hair loss?

During menopause, oestrogen levels decrease and testosterone levels increase. This inevitable increase of testosterone leads to increased DHT production which can affect the hair’s growth cycle.

Can you reverse DHT hair loss?

There are numerous methods to reverse DHT hair loss, although not all are effective. Some hair loss treatments involve using a DHT blocker such as Finasteride (Propecia) to prevent 5-alpha reductase from converting testosterone to DHT.

Such methods can be dangerous when used by pregnant women and can cause unwanted side effects. These include increased heartbeat, bodily swelling, trouble breathing, weight gain and chest pain.

DHT production is also significant in prostate cancer treatment. There are ongoing studies to investigate whether DHT blocking helps because androgen deprivation therapy has been used for many years.

How can I stop DHT hair loss?

In order to stop the effects of DHT, the conversion of testosterone into DHT needs to be stopped. There are natural ways to stop this conversion and thus slow down the progression of hair loss:

These products inhibit the normal process of 5a-reductase. Therefore they are effective at DHT blocking to help you maintain your hair growth and slow down hair loss. Including these ingredients within your diet will help you to stop this hormonal hair loss, or at least delay it.

We recommend including eggs, almonds, spinach, shellfish and more as part of your balanced diet. Find out the full list of DHT blockers and foods that include 5a-reductase blocking properties here.

Occurring in both men and women, androgenic alopecia affects approximately 50% of men and 30% of women. Caused by an imbalance of hormones that convert testosterone to DHT, androgenetic alopecia can cause permanent hair loss.

In addition to this, high levels of DHT can cause hair to become thinner, weaker and brittle. Though many hair loss treatments are ineffective, Elithair’s reputed services are on hand to offer complimentary advice and knowledge to help you combat the stress and anxiety surrounding hair loss.

Use our free online assistant tool to submit your hair loss concerns - it only takes a few minutes. We will provide you with a personalised no-obligation quote.

What is the best treatment to stop my hair fall?

How to know if you need a hair transplant, and how to make sure it’s a good one

Can hair grow back after balding?

What is mesotherapy hair treatment?